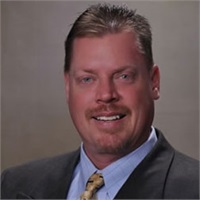 Brian earned a bachelor’s degree from John Carroll University in 1989 after graduating from Holy Name High School. He spent 10 years with a multi-million-dollar sales organization as a regional manager before pursuing his current career in the financial world. Brian began his career as a retirement planner with First National Equity in 1999. He incorporated in 2000 and opened North Coast Financial Consultants in October 2006.

Brian is happily married to his wife, Linda of 27 years, and resides in Richfield with their three children. He enjoyed coaching and attending his children’s basketball, baseball, and volleyball events and also served as Athletic Director and Pastoral Designee at Assumption Academy. His oldest son works with Brian part- time while pursuing his college degree. Brian’s daughter will be a junior in the Business School at Ohio University and his youngest son will be a junior at Walsh Jesuit High School.

Brian works closely with Financial Independence Group, who provides him with comprehensive product illustrations and current, up-to-date information on the many investment options he offers. He treats every client with respect and integrity and provides them with an independent financial analysis.